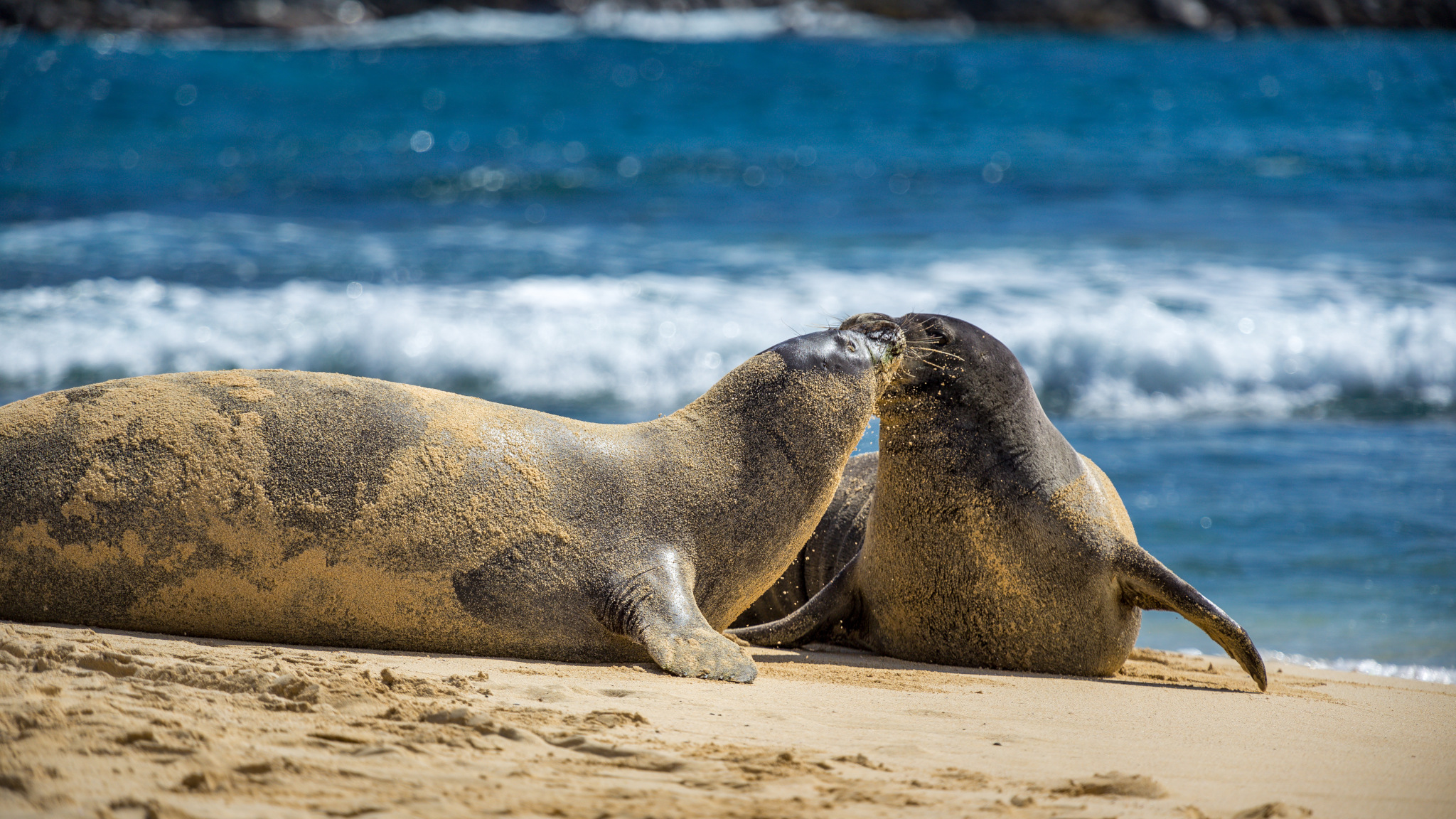 Most Common Animals in Hawaii

Hawaii is a beautiful tropical island chain, and is one of the most interesting places in America, if not the entire world. It’s the most isolated population center on our planet, with a fascinating yet turbulent history and a very unique culture that has been shaped and influenced by a variety of peoples over several centuries.

Hawaii has the largest percentage of species found nowhere else on the planet in relation to its size. (Unfortunately, this also makes it the world’s extinction capital; if a species goes extinct here, it’s definitely gone extinct everywhere.)

The Islands’ isolation, of course, contributes to their high level of endemism. Few species were able to make it here after a long float or fly (let alone get here as a mating pair for non-cloning species.)

Being that the Hawaiian Islands are so isolated, they are home to hundreds of endemic plant and animal species found nowhere else on the planet. That said, there are some very interesting animals living in Hawaii.

The Hawaiian Monk Seal is one of two mammals native to Hawaii. They can weigh up to 600 pounds and can grow to 8ft in length – quite daunting if you encounter one up close. In the 1990’s they almost went extinct, but have thankfully made a comeback, though are still difficult to find.

The second one, and only land mammal native to Hawaii is the Hoary bat, or ōpeʻapeʻa in Hawaiian. It’s an endangered species. Sadly their population has been declining. There’s not a lot of knowledge behind their habitat needs, population genetics, nor migration patterns. So researchers are doing their best to gather more information about them. You may see their silhouettes at night flying over the water, or around woodland openings. They love big moths, and will also feed on wasps, grasshoppers, dragonflies, and pesky mosquitoes.

Hawaiian Green Sea Turtles, commonly known in Hawaii as Honu, are one of the few reptiles native to Hawaii.

Everyone adores these majestic creatures, and Hawaiian sea turtles play incredibly important roles in the environment and culture of Hawaii’s people. There are 5 species of native sea turtles and 3 freshwater turtles that were introduced. The 5 that are native to Hawaii are the Green Sea turtle (Honu in Hawaiian), Hawksbill, Leatherback, Loggerhead and the Olive Ridley. The Green Sea Turtle (honu), one of the three native species in Hawaii, is the most popular. No matter which island you visit, you’ll be sure to see these majestic giants either basking on the beach, warming up, or popping their head out of the water for a breath of fresh air. Grab your snorkel gear and you’ll likely see them swimming along underwater, so gracefully.

What’s really interesting is that adult Honu feed on algae and seagrass, so if you want to spot one, stick close to the coral reefs. But baby turtles, otherwise known as hatchlings, are carnivorous. They eat a variety of mollusks, crustaceans, jellyfish, seaweed and fish eggs.

As fascinating and gentle as sea turtles are, under federal law, it is illegal to touch them, provoke them, or to get too close to them. It’s crucial that everyone stays at least 10 feet away from them.

Sadly, they were nearly extinct and were placed on the endangered species list.
Fortunately, they have since recovered in large numbers and may now be seen swimming in the ocean around the island as well as soaking up the rays on many of Hawaii’s beaches.

One of the most popular activities in Hawaii is whale watching. The great humpback whale was nearly extinct in the 1990s, but since becoming an endangered and protected species, it has made a comeback.

Because they migrate to their Hawaiian breeding grounds every year between November and April, you will be sure to witness these giants breaching, and within viewing distance from many beaches and condo balconies. There are many tours to book too where you can get up close and personal.

The size of them is quite something. Humpback whales are between 39 and 52 feet long. To put that into perspective, it’s about half the length of an NBA basketball court!

They’re not just long, but also pretty substantial. And they can weigh up to 80,000 pounds!

Keep an eye out too for the fun and energetic dolphins, particularly Spinner dolphins. They live in the shallow bays, and mate there as well. For their safety it’s always recommended that you keep your distance from them. Simply view these lovely animals from afar.

Animals to See in Hawaii

You’ve probably seen a stingray before, maybe in an aquarium, but not a massive Manta Ray. These gentle giants can grow up to 24 feet wide. Add a nighttime diving excursion to swim with these beauties. It should be on your bucket list for sure!

The rarest goose in the world is the Nene, and it happens to be Hawaii’s state bird. Sadly its population is declining so the only islands you may see one on is the Big Island or Kauai.

Now one of the coolest reptiles found in Hawaii (not native to Hawaii) is the chameleon. It’s believed to have found its way to the islands in the 1970’s, and is thought to be an invasive species. You may spot them while doing some hiking.

Keep an eye out for the unique 3 horned Jackson Chameleons, but because they can change their color, they are tough to spot as they blend into whatever surrounds them.

There are lots of geckos running around too, seen on the ground, around window sills, and inside places too.

They’re harmless, cute and tiny, and they’re great to have around as they eat up all the pesky mosquitos and other insects.

We’ve been covering some of the most interesting animals native to Hawaii, and we’ll also discuss the elusive shark. Believe it or not, there are over 41 species of sharks here, including the Hawaii Tiger Shark, and the Hammerhead. The White Tip species is also commonly found in the blue Hawaiian waters.

To see them, safety must come first. It’s best to take a guided tour, many providing you with an up close and personal experience from an underwater cage.

The sharks will swim right up to you, so be ready for a heart-pounding experience!

Other Animals Found in Hawaii

In addition to the commonly found animals we talk about above, there are several others that are introduced such as the Indian mongoose, chital deer, feral wallabies, pigs, goats, donkeys and sheep.

Although there is no regulatory list of Invasive Species in Hawaii, there are hundreds of alien species of birds, mammals and animals who have gained firm footholds and can result in the decline and extinction of rare species.

And we’ll finish off with a bit on the thousands of very noticeable clucking chickens found in abundance on the Islands, and Kauai in particular. They are everywhere it seems. You can see them running around in open air cafes, looking for bits and pieces of falling food, while hiking up a mountain trail, and roosters can be heard in the dense jungle areas.

It all started around 800 years ago when the hearty Polynesians came and colonized the islands. They arrived in their great big canoes, they brought chickens, ones that were very similar to Red Jungle Fowl. The birds loved the climate and they thrived in their new surroundings.

Years later, Filipinos brought their own species of chickens, aggressive fighting chickens actually. Neither of these two types layed eggs, nor did they get large enough to provide a meal, so more productive breeds were imported. There were so many backyard flocks.

Then a couple of hurricanes hit the islands in the 80’s and 90’s and tore apart buildings, crops and knocked down fences. The backyard flocks were free to run wild as a result. Today, Hawaii’s feral chickens are a mixed breed of the original Jungle Fowl, fighting fowl, and domestic breeds. They roam around on all of the Islands, but again are found in large numbers on Kauai due to it not having any mongoose around to control the population.

The locals consider them to be quite the nuisance, but tourists seem to love them. They are quite the little characters!